Melody believes that everything starts with you as an individual – if you know who you are and what your purpose is, you can be happy, successful, and importantly, make a positive difference in our world. She is a Human Investor.

Starting as a war-refugee to being one of the most prominent social entrepreneurs in the world, Melody started her career at the age of 13 by becoming a co-founder of UK Youth Parliament (UKYP), and subsequently made history becoming the first female to chair its board of Trustees. During her 11 years of volunteering, she spearheaded several campaigns with Government to improve communities.

Melody has worked and been trained by 12 Nobel Peace Prize Winners, including Vice-president Al Gore on climate change at Cambridge and Archbishop Desmond Tutu on Peace Implementation in Los Angeles. She holds a 2:1 LLB Honours law degree from Oxford Brookes University.

She launched her social enterprise InspirEngage International in 2009 and took the company global from day one, achieving a portfolio in 100 countries, reaching over 1 million people. Her work brings together personal development and social impact and she designed the InspirEngage Bootcamps to maximise human potential. She is one of the most sought-after professional speakers, well-known for her realness, energy and thought-provoking content (including at TEDx Kuala Lumpur).

"A woman of exceptional ability"

She has worked alongside some of the leading corporates such as Facebook, Philips and GE, and impact organisations such as United Nations and the British Council as well as an impressive range of educational institutions. Melody has trained hundreds of women to become economically active by launching their own social enterprise, and is a member of the prestigious CEO Champion’s Group of FTSE 100 companies helping women to prosper.

As a thought-leader, she is a Visiting Fellow at Birmingham City University, delivering lectures supporting young people to prepare for the future world of work by developing core life skills, and she is a proud Ambassador for the Prince’s Trust.

Melody is a Government adviser on enterprise and skills and has written for Forbes, Huffington Post, The Guardian and forewords for several books, as well as professionally commented and been interviewed on SKY, CNBC and the BBC (even appearing in HRH the Queen’s 2009 Christmas Day speech for her work).

Her focus on business that benefits the community has achieved widespread recognition. In 2015 the European Parliament awarded Melody ‘New European’s Most Influential Woman’ and most recently in 2016, Melody was recognised as ‘Young Global Leader’ for her contribution in shaping the socio-economic landscape. This followed previous awards including ‘Asian Woman of Achievement’ presented by Prince Charles, the ‘Woman of the Future’ presented by Princess Zara Aga Khan and ‘Volunteer of the Year’ by the Home Office.

In 2011, Melody made history being the first ever social entrepreneur to appear on BBC’s ‘The Apprentice’, making it to week 10 out of 12. Melody was born in Iran, grew up in Sweden, speaks 5 languages, and is mother to Kian Kennedy and Arielle Persia. 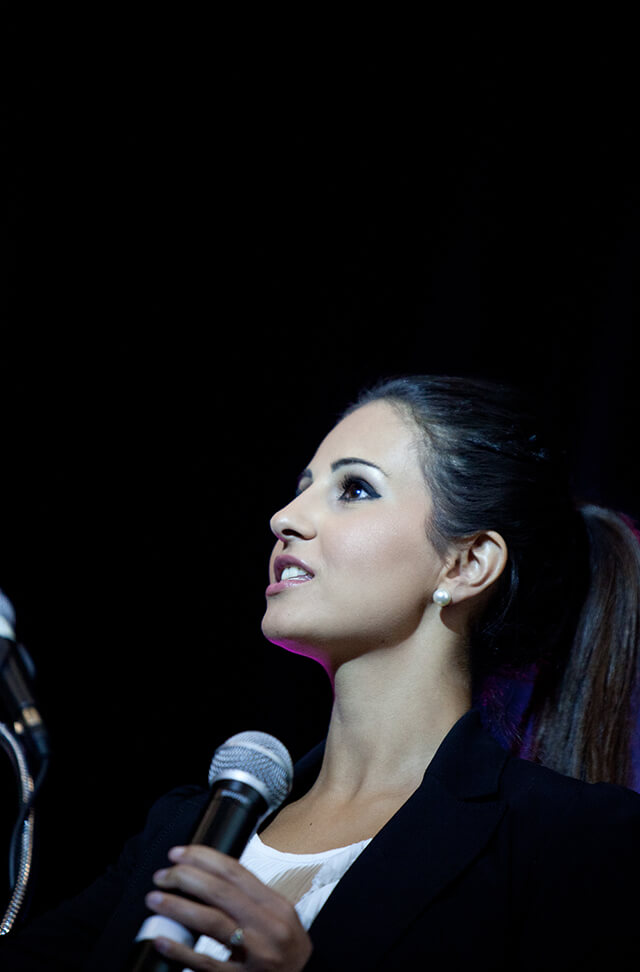 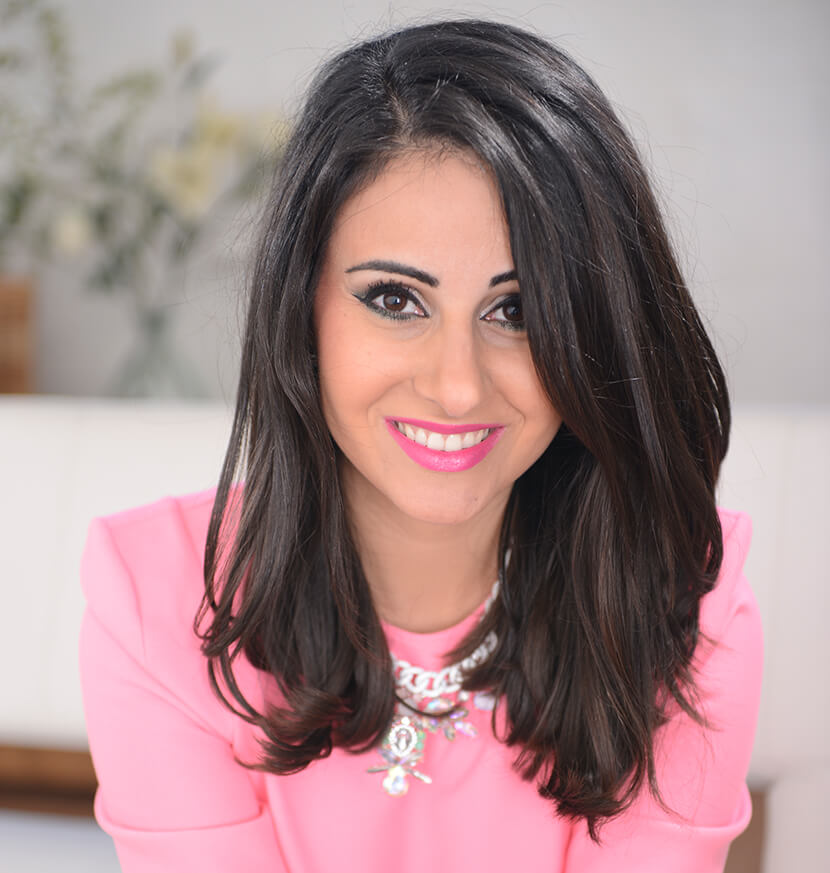 Behind the impressive work history, is a story of a girl who was passionate about social change, a lover of people with an undying persistence in being her best in the face of challenges.

Melody was born in 1984 in Tehran, Iran and takes great pride in her Persian cultural heritage. During the Gulf war, her family fled to Sweden as war-refugees when Melody was just 3. She grew up in the southern city of Malmo, which is where she began to develop her passion for social justice. After an incident one evening, when, Melody (then 11) and her brother were home alone, everything changed. There was a knock at the door and two men with guns pushed themselves through and held Melody and her brother at gunpoint. They were then gagged and thrown into a wardrobe whilst the robbers took what they were specifically there for. The next day, Melody went to school (for fear of missing important school work!) whilst being on the front page of every national newspaper in Sweden. The family decided it was time for a change and made the move to the UK when Melody was 12.

Melody spent her school years in South Staffordshire and attended Great Wyrley High School- where she was severely bullied and subjected to racism. She learned early on that the only way to heal, was to give back and invest positive energy in others. At the age of 13, she took her own initiative to seek out opportunities to do more, and became involved in volunteering and subsequently co-founded one of the world’s most successful democratic youth organisations, UK Youth Parliament. At that time, Melody couldn’t even speak fluent English (having only learned it at school in Sweden), and was terrified when sitting at boardroom tables of the Houses of Parliament with founding father Andrew Rowe MP discussing ‘petitions’ and ‘framework strategies’– phrases she didn’t even understand- but she understood the purpose and that was enough. She collected the most number of signatures for a petition to establish UKYP, which she presented to the, then, Prime Minister Tony Blair at 10 Downing Street. (whom she also had a momentous meeting with in his office, on why the UK is going to war with Iraq).

When 16 years old, she was selected amongst all young people in the region to secure a place working with Sir Patrick Cormack MP at the Houses of Parliament. During this role, she even sat in an official meeting to discuss the contingency plan if the UK were to go to war in Iraq (this was only because she walked in through the wrong door- instead of as an observer, she walked in through the member’s door and therefore appears in this historical meeting’s minutes!)

During her 11 years of volunteering – from school, all the way to University where she established and chaired a committee including Oxford City Council and the Oxford County Council members, to build youth participation in Oxfordshire- where she was awarded ‘Volunteer of the Year’ by the Home Office, Melody developed unique insight on people development and community engagement.

She gained a place at Oxford Brookes University (then number 7 for law in the country) to study for a qualifying law degree and used to go back 1 month before term started to sit alone in her halls to prepare for the term ahead. Her hard work paid off gaining her a 2:1 LLB Hons in 2006 – all whilst maintaining her role as co-chair of UK Youth Parliament, Chair of the new Oxfordshire committee, as well as a part-time job at Oxford City Council managing sports events for ethnic minority women in the community. After graduating, Melody secured a place at the Oxford Institute of Legal Practice for her LPC – but asked them to hold her place for a year whilst she explored her passion in the community sector. She joined The National Youth Agency as Project Officer- a role which she took to new heights. Upon leaving, she was offered a Director role in New York with an exciting start-up which she turned down.

In 2009, she set up her social enterprise InspirEngage International which, over the subsequent decade, has taken first-of-its-kind programmes to a number of places in the world, from developing new classroom techniques in the UAE to nurturing social entrepreneurs across East Asia Pacific.

Melody is busy balancing motherhood with the work she is so passionate about, and has big plans for the future!

driven by a social mision

There are some things we develop by condition – then there are some things which are inherently within us. Melody’s journey and the business she’s built are centred around a strong sense of social and personal responsibility, in other words – a purpose to do well by doing good.

Over the years, Melody has worked and led on several campaigns around the following causes:

But her passion for people and belief in kindness as a solution to world challenges doesn’t stop at work hours. Melody spends a lot of her personal time in the community, impacting the lives of the people she comes across…. Stories for another day! 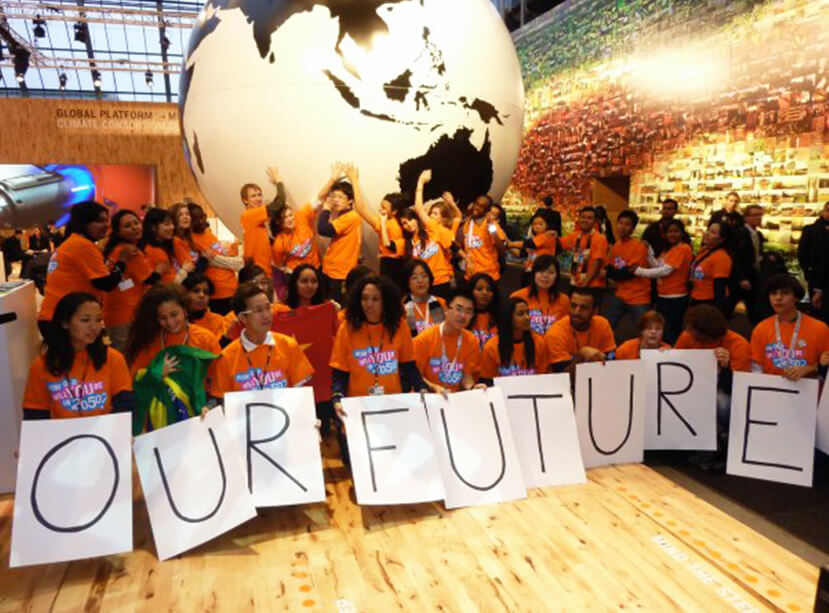 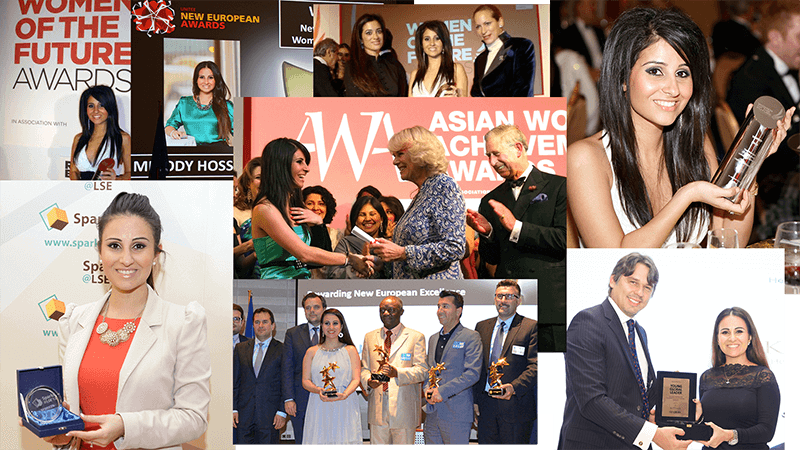 Melody’s work and that of her social enterprise InspirEngage International has been recognised with several awards:

Subscribe to the Newsletter and be the first to know about Melody Hossaini Events.